No symbol of Eastern mysticism is as easily recognizable as the lotus, with its petals giving shape to the eyes of innumerable deities and its long stem rising high above other aquatic flowers in sublime isolation. The sight of a group of these pink, white, and (rarely) blue beauties is enough to lull one into a trance, an effect only heightened by the saffron pollen glistening on a disk at the center of each whorl of lotus petals. Less known, however, is the habit of this plant to colonize wetlands to such an extent that oxygen is sharply reduced and fish have a reduced survival rate. Too much lotus can mean too little life. 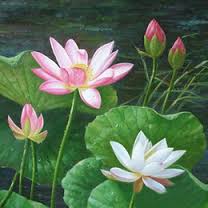 Similarly, the expression “to eat lotus” meaning “to forget” is derived from Western mythology, specifically the passage in Book 9 of Homer’s Odyssey when the Greek hero Odysseus lands on an island inhabited by a tribe that eats lotus for its narcotic effects. When his crew eats the lotus, he finds they become forgetful to the extent that they wish to stay where they are and must be forced to return to the ship. Whether the plant in question is the lotus or opium poppy is unimportant. Life is a journey fraught with perils and difficulties, but using anything that promotes delusions and forgetfulness is a meandering walk to a steep cliff.

Hardened cultists are all perched on this cliff of delusion, holding on to each other as they are buffeted by the winds of reason and commonsense. Why do they continue to adhere to nonsensical beliefs and devotion to so-called gurus and other cult leaders, even in the face of overwhelming evidence that they have been swindled mercilessly? I believe that this phenomenon has its roots in the years they have lost and their inability to fill this void without a new set of role models. Parents who abandoned their children to cults rarely accept responsibility for their actions anyway. The gurus who were treated as if both gods and parents were most often vicious charlatans better off forgotten like the bones dogs bury in fields littered with feces and vermin.

Some ISKCON cultists have lost their childhoods, teenage and young adult years and find themselves in a desperate state when necessity drives them to the outside world. Poor education, irrational beliefs about the universe and human relations prove an overwhelming obstacle to many. Years of expensive therapy are needed in most cases, but how to afford it? No wonder so many ex-cult members return to the cult like dogs to their vomit: they simply feel they have nowhere else to go. The job isn’t merely to get one; it is to start thinking for yourself with a vengeance.

Admit that everything you are entitled to as a human being might not be possible for you to re-capture and then focus on those matters you feel are most conducive to your happiness and well-being. For once, you decide.

On a lighter note and in a related train of thought:
http://www.youtube.com/watch?v=4PkcfQtibmU

ALL RIGHTS RESERVED. No part of this essay can be reproduced in any medium without the express written consent of the author.
Posted by planetaryeyes at 11:01 PM

Very kind and wise advice for anyone really. Thank you for this blog.

very well said in a real educated manner people in groups really need to think for themselves more..i am exdevotee got out sooner than others finished education..and on with life...
I still love mysticism study but very careful in it and more observative than fanatical these days...the whole Krishna thing was very scary...I read a book called snapping to deprogram myself..i currently working on BlogSpot my site called the saffron robe of my experiences

SEX-STARVED IDIOTS & SLAVES: HOW ISKCON REGARDS WOMEN & WHY IT MATTERS

When India’s Supreme Court ruled on 11 October that sex with girls under the age of 18 is always rape, it threw cold water on the so-called...